Our planet already has its long period of existence and has already gone through several changes. One of them, which researchers consider one of the most drastic, is climate change. This has been affecting the world in many different ways and perhaps heading towards a point where our existence becomes increasingly difficult.

And researchers always try to understand what changes our planet has gone through to prepare for the ones that may come. At the Earth’s poles it’s not just seeds that are being stored. Scientists also preserve old ice piles for research.

The oldest ice in the Alps region has been successfully extracted and is ready to be stored in Antarctica. What makes this storage so important is the history that this ice has recorded. The alpine ice cores date back 10,000 years, and give researchers an incredible and invaluable insight into how the environment has changed throughout history.

This change is part of an international project called “Ice Memory”. He has a goal of preserving these natural artifacts before global warming and melting disappear with them. And this extraction from the Alps is a significant moment.

“The mission was a success. The team obtained two ice cores more than 80 meters deep from a very important site, which contains climate information for the past 10,000 years. 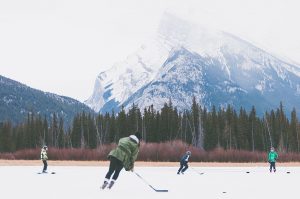 This extraction took five days. It was made at a height of 4,500 meters on the Colle Gnifetti glacier. In all, four ice cores were removed. This glacier from which they were taken is the second largest in the Alps region, having a total area of ​​40 square kilometers. That’s because scientists believe that in the mid-19th century the glacier lost approximately 40% of its total area.

These ice tubes taken from the glacier are considered untouched by melting for ten centuries. And they were extracted just in time, on what was the project’s third mission.

“If we lost files like this, we would lose the memory of how humanity altered the atmosphere. We will try to preserve it for future generations who will study it when we are no longer here,” said Fabio Trincardi, director of the Department of Earth System Science and Environmental Technologies at the National Research Council of Italy.

The project was launched in 2015 by French, Italian and Swiss glaciologists in partnership with scientists and research groups from around the world. They did this in order to preserve the ice cores for future studies.

The organization behind this project predicts that by the end of the century the Earth will no longer have glaciers below 3,500 meters in the Alps, and 5,400 in the Andes. And in this several evidences can be lost due to global warming.

“Our climate is in a state of emergency. To deal with this crisis, we need to understand the causes and find possible solutions, so research and teaching are necessary”, concluded Tiziana Lippiello, dean of the University of Ca ‘Foscari in Venice.

Comments Off on Oldest ICE In The Alps Preserved 10,000 Years Of Climate Memory